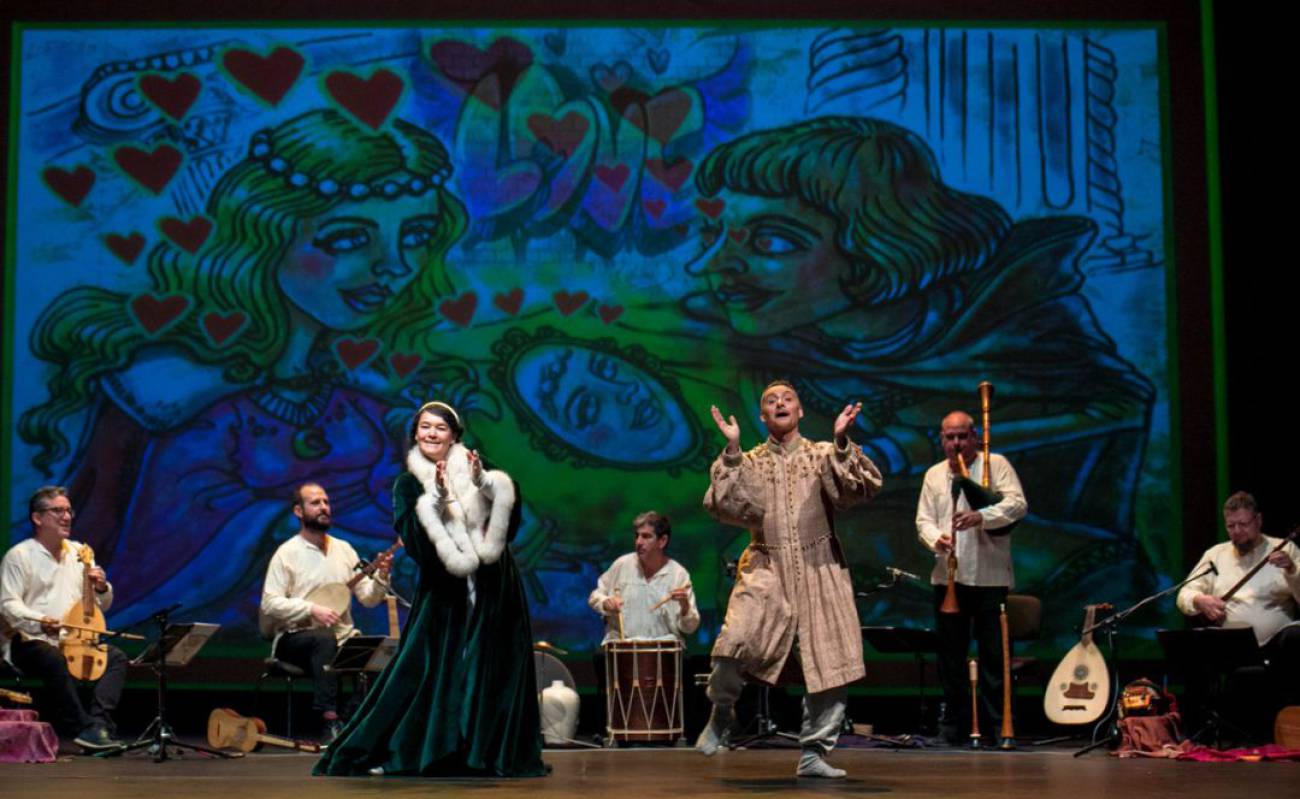 Carmesina i Tirant brings us closer to the music of the Valencian Golden Age with a proposal designed for the younger audience. Several elements are combined that allow witnessing the show as a humanist whole where literature, poetry, painting, art, history come together using music as a vehicle of union. Tirant lo Blanc could have been a real character of that time who defends virtue and the noble ideals manifested in war, love and death. He and Carmesina will take us to a deeper understanding of our past and, through music, enjoy and reflect on our own era. Carles Magraner makes a musical and scenic proposal developed by several musicians from Capella de Ministrers.

This didactic proposal projects images that reinforce the narrative and musical structure and a staging with two main characters that participate in the show. Tirant lo Blanc is the male character, an honorable knight who wins his victories, capable of seducing the most beautiful of princesses with his virtues. Carmesina becomes the lover of Tirant (as soon as he sees her, he feels strongly atracted to her), a princess of the Greek Empire with a spectacular beauty that makes Tirant declare his love. She is mainly characterized by her careful upbringing and, like Tirant, she possesses great cunning.

Based on the same novel by Joanot Martorell, a common thread is created wherein the essential elements of the music of the Valencian Golden Age are reviewed with the influences of the time. Thus, the narration of the work allows a didactic presentation of the history of music from the Middle Ages to the Renaissance linked to the Crown of Aragon. Times and music from the 13th to the 16th centuries are presented, starting from the music of troubadours to the repertoire of Renaissance songbooks. A secular and religious repertoire is also presented as well as the musical influences of the different schools of the Renaissance. It is also important to show those aspects of oriental music that make up part of our history and that of Tirant, as well as Andalusian or Mediterranean music.

Recommended for audiences from 8 to 13 years old