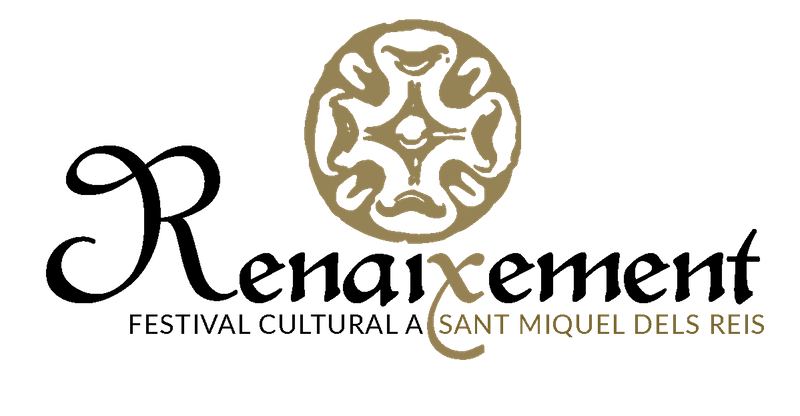 Renaissance is an artistic and cultural era that led to the Modern Age and reflects the ideals of the humanist movement developed in Europe in the 15th and 16th centuries, breaking with the medieval vision of the world: the revival of trade, urban life, emergence of the bourgeoisie and a strong monarchical power, the great geographical discoveries, the unitary vision of the world, the spread of classical philosophy, the separation between religion and philosophy, reason and faith, free thinking and scientific knowledge. The invention of the printing press and the development of universities brings the monasteries knowledge to the streets: man is the measure of all things in a sociaty that defends, perhaps, a more personal and direct religion where man becomes freer from religious institutions. Artists, without the obsession for specialization, were more versatile.

During the first week of July we take to Sant Miquel dels Reis an exhibit of all this wealth through shows and events that allow the audience to delve into a unique space to enjoy the most significant artistic expressions of our past.

And has received Mediterranew Musix label