The Silk Road is one of the most significant achievements in the history of civilizations. Along the great Silk Road, not only commercial caravans circulated, but also the cultures of the people, spiritual values, and religious ideas. Silk has been one of the routes around which the relationship between the peoples of the East and the West has revolved, and through silk there has been a technological, ecnòmica, artistic and cultural communication between very remote geographical areas, becoming a way of transmitting knowledge, culture and tradition exchange. It has also built us, making us more aware of our pluricultural past, of which Islam was also part with fundamental contributions, among which we must highlight the introduction of the silk industry in the European continent.

Recreating this musical journey through the Silk Road is an exciting task that can only be done from the humility that promotes such greatness and musical diversity. More than 7,000 kilometers of cultures, music and traditions, from the Chinese capital of Xi'an, at its eastern end, to the Mediterranean and Valencia, city of La Llotja de la Seda. The journey of cultural diversity, which becomes history of the musical tradition of humanity, begins in the country of silk, Serinda, to the Far East, Constantinople, capital of the Byzantine Empire. From the Chinese city next to the Taklamkan desert, we enter the Karakòrum in the Indian culture to later open the doors to the Persian Empire, in the Middle East, between the border of India and Constantinople to Italy, taking the path of return of West in the East with Marco Polo's journey through the great cities of silk in the thirteenth century. Then the North of Africa. The last link of this route is found in the most western part of the Silk Road, the city of Valencia and its Art of Velluters that drag the eastern tradition to the Mediterranean picks up the influences of the diversity of the music of Mare Nostrum.

The complexity of the mutual influences between these civitlizacions becomes their own wealth, a value that gives us to our time a unique framework to promote the dialogue between East and West and the acceptance of plural identities, fundamental idea to facilitate communication and the exchange of experiences among people. This is a musical journey through the territories of the Silk Road, beyond the borders. A unique experience to share this common heritage, rescuing the past to be taken to the present, from music as a universal language to all of us. 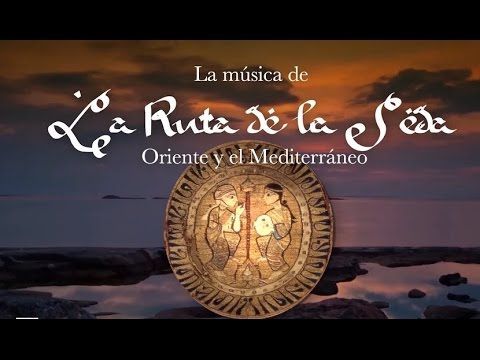