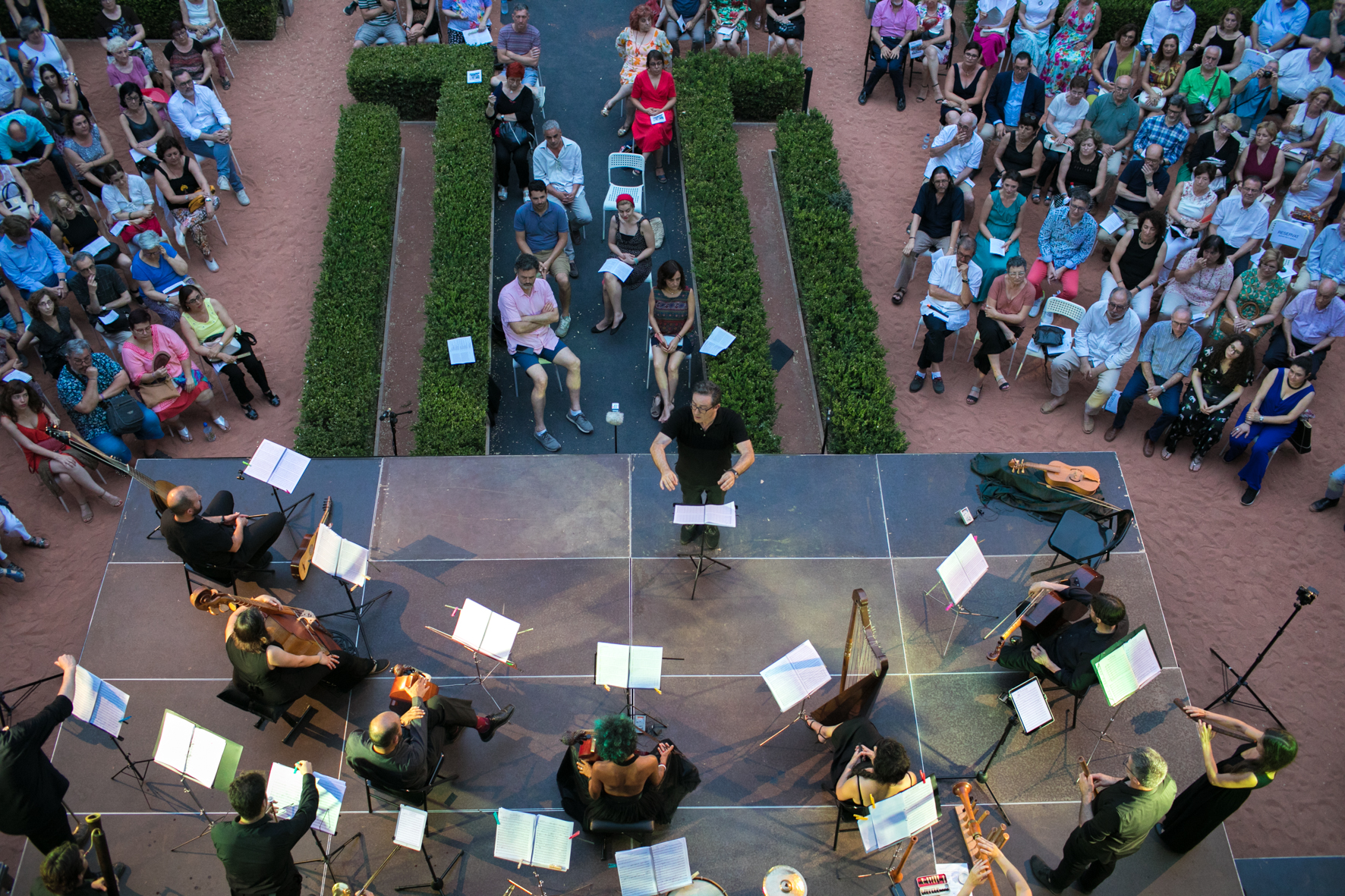 Taking the 5th Centenary of the Revolt of the Brotherhoods (Germanies) as the starting point, a social revolt against the novelty powered by artisan guilds in the Kingdoms of Valencia and Mallorca from 1519 to 1523, the Fundació Cultural CdM has supported different projects for the protection and promotion of the musical heritage related to this historic event. 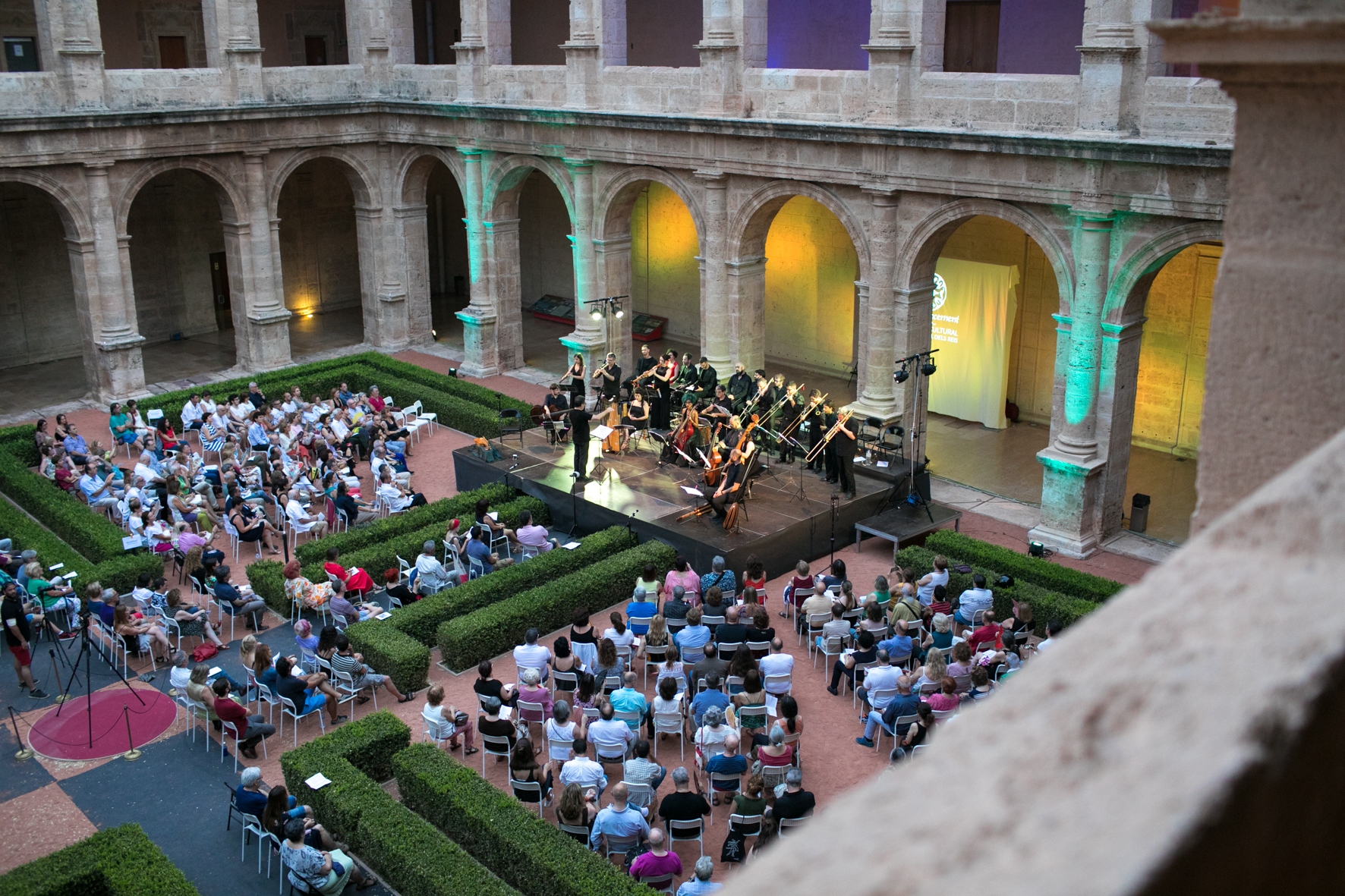 The program proposed by Carles Magraner and Capella de Ministrers explores part of the warlike repertoire composed in Catholic Europe during the "long" 16th century. While some pieces are linked to military campaigns of Charles I of Spain and V of Germany (at the beginning of whose reign the revolt of Germanías took place), others constitute true musical 'battles' that represent, through onomatopoeias, abrupt rhythmic changes and accomplished games of texture, the sounds and the din of war, simulating the beats of drums, fanfare and the typical shouts of 'call to arms' as the mention of musical instruments with evident warlike connotations. 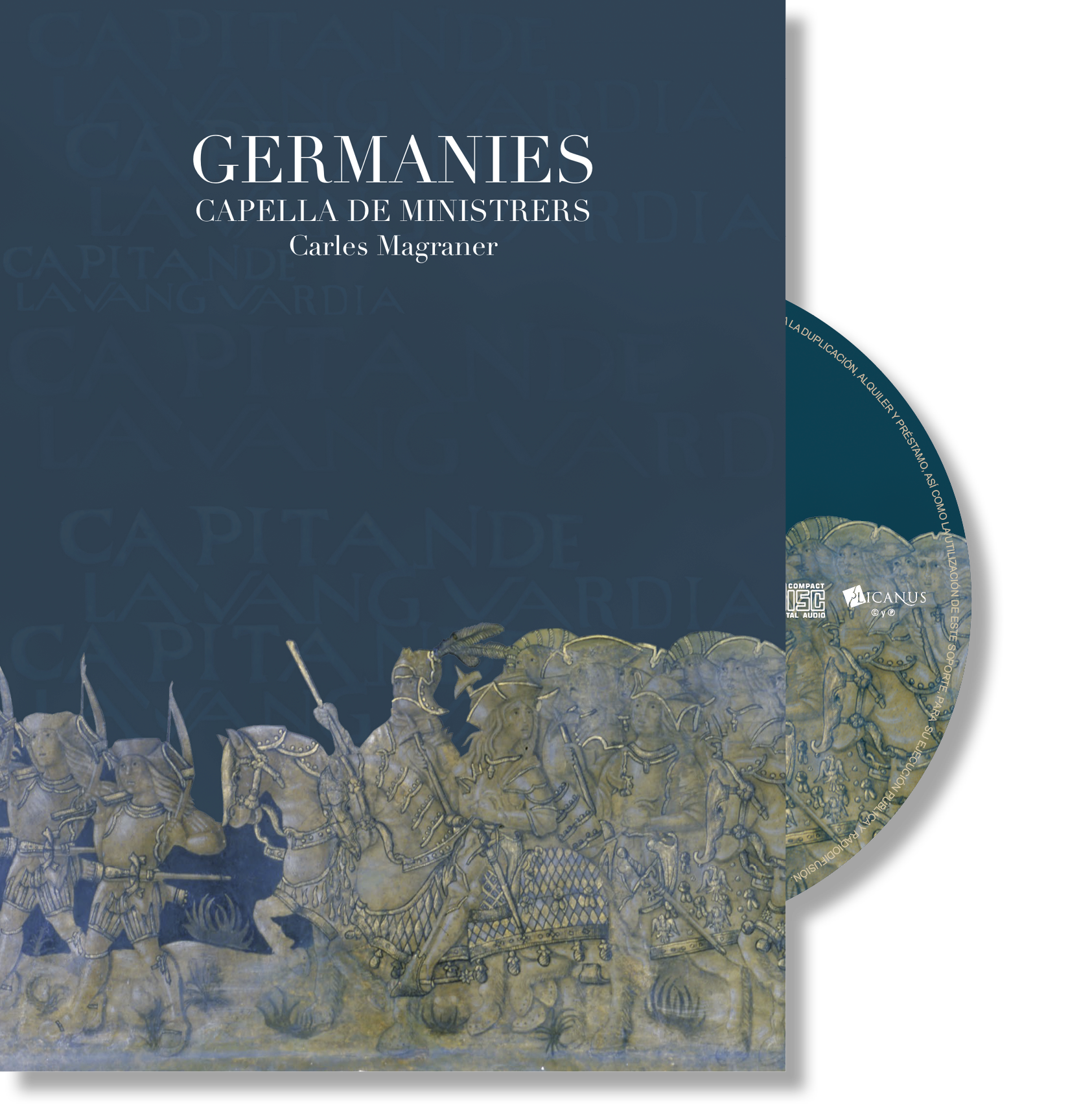 The record by Capella de Ministrers explores the relationship between music and war, an association we can trace from the simple trumpet and kettledrums played by military musicians at the battle to instill courage in combatants, to the most elaborate pieces composed for patriotic exaltation, such as military marches, hymns of victory and odes sung in triumphal celebrations, dances and stage plays among others. In the religious realm, the impact of war has been equally remarkable, always covered in a sacred and moralizing tone. The album includes part of this overwhelming repertoire for funeral masses (Requiem), ceremonial thanksgiving (Te Deum, military masses, etc.) to the expressive musical repertoire of Holy Week based on the Lamentations by Jeremías, which narrates the siege and destruction of the city of Jerusalem after falling into the hands of Nebuchadnezzar (587 BC).

Aria della battaglia by Andrea Gabrieli was recorded in memory of Magdalena Stefania Midgley, born Kedzierska (4th November 1952 - 21st July 2014), the beloved wife of Stephen Midgley. Magdalena was an eminent archaeologist, professor of European Neolithic at the University of Edinburgh and author of several books on this academic subject. The Aria della battaglia for eight wind instruments by Andrea Gabrieli was one of her favorite works.

500 years of the Revolt of the Brotherhoods

Festival of music and heritage around the Borgias. Xàtiva was cradle of the Borja family, one of the most powerful dynasties of the Renaissance. The family achieved universal fame with the popes Alfonso de Borgia (Calixto III, 1456-1458) and his grandson Rodrigo de Borgia (Alexander VI, 1492-1503). The Borgias held numerous positions of civil and ecclesiastical power, as later did Saint Francis Borgia, who was the third general of the Society of Jesus (1565-1572). With this singularity as the starting point, the proposal focuses on a multicultural cycle where historical music, the architecture of the different spaces of the city, the rich cultural heritage and gastronomy of Xátiva are combined, making the audience participate and connect with the splendid Renaissance period.